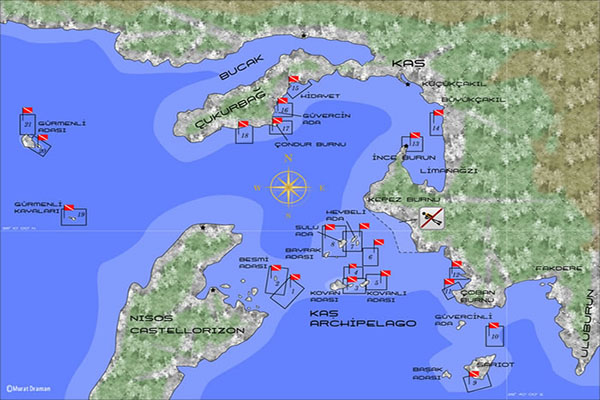 Just as there are some who like to sprawl on the beach sands as soon as they see the sun, there are those who prefer to immerse in the waves and discover a new world. Yes, we are talking about diving enthusiasts. Although it might not seem as adrenaline packed as windsurfing or rafting, you can feel your heartbeats rising with the pressure the moment you become one with the water and meet this brand new world lying only a few metres below. For those who have yet to try this wonderful experience and would like to do so in the best possible way, we take a look at Kaş, “Turkey’s Red Sea”, and its best diving spots.

Up, Up and Away: Flying Fish

Just as Kaş brings diving to mind, the first place one thinks of when it comes to diving is Flying Fish. In this reef which boasts the wreckage of a 3-engine Italian bomber plane that crashed into it during WWII, it is possible to observe schools of leerfish and seabream as well as the endangered giant dusky groupers. The Flying Fish reef, which is also a waypoint of caretta carettas, measures 6-7 metres in length at the top and 75 metres in depth. This spectacular reef is a meeting spot  for not only divers, but also of underwater photographers thanks to its clear waters. In this reef which creates a suitable environment for various aquatic life due to its strong current , you may at any moment encounter a large stingray or a caretta caretta. Flying Fish, which provides an enjoyable diving point and a variety where divers of all levels may perform dives during whichever month of the year they wish, should definitely be your first choice for diving. 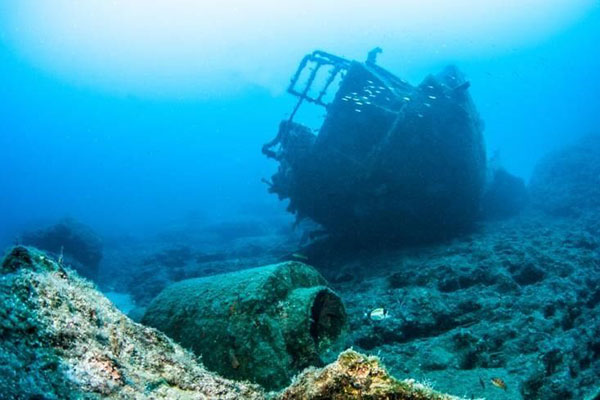 A Historical Dive: The Lycian Wreck

The Lycian Wreck, which is another good starting point for new divers, also provides a suitable atmosphere for professional divers. This wreckage, which is the old boat of the Lycian diving centre, rises in front of a wall reaching into the sea at a right angle at 20 metres. The rumour that the same area also contains a Lycian wall, starting at the 30th metre and reaching into the 70th, is itself a great excuse to explore this reef. This spot, where night dives are also performed, is made exceptional also by its wall hosting a rich flora and adorned with colourful sea sponges and plants. 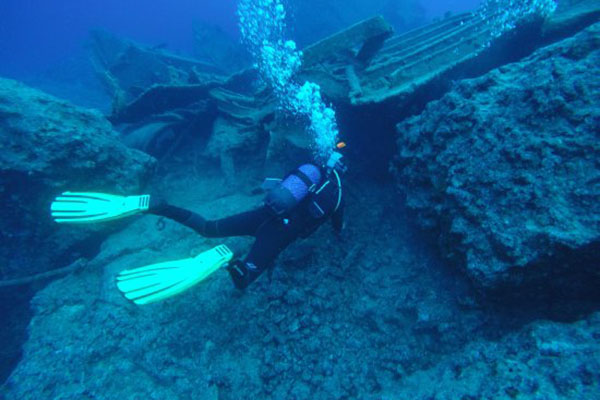 Just like Flying Fish, the Canyon diving spot is also renowned for being one of the most famous diving spots in Kaş. This spot, which stretches between two islands and is accessed through a narrow strait, contains two perpendicular walls starting at the 20th metre. And right at the bottom of the canyon is a dark and very small cave abundant in sea sponges, fan worms, anemones, and crustaceans such as crabs. As this area is also a hunting spot for Mediterranean monk seals, you may have to be careful while diving. And as you venture deeper, you will be greeted by the enchanting Dimitri Wreck. This wreckage, which was formed in 1968, reaches as deep as 42 metres. The wreckage, said to have been sunk by a torpedo or mine, resembles an elegant and vast ornament with its rich flora. 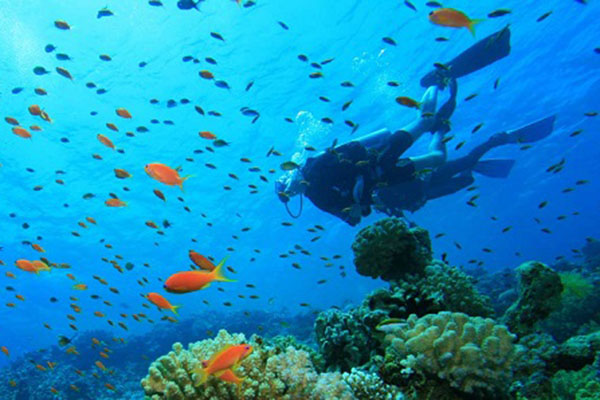 A Pearl in the Deep: Oasis

The Oasis diving spot, which lies to the north of the Canyon, is a quiet place coated in thin seagrass. As you discover Oasis, which becomes a magnificent attraction point drawing in various sea creatures, especially during periods when the water starts getting warmer; one may encounter species of fish such as the dusky grouper and the white grouper, as well as giant oysters and trumpetfish. There is also a small wooden wreckage to the west of the reef; should you wish to see more sea creatures and explore the deep, this area will provide quite a diversity of experience. 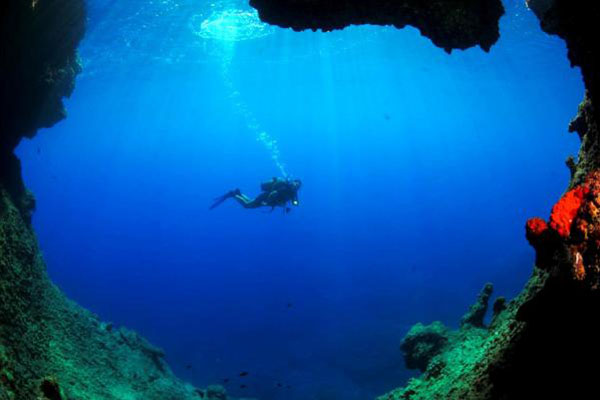 A “Tunnel” Where Time Has Frozen

The Tunnel, which starts at 18 metres and continues until the 30th metre, is a diving spot generally favoured by more experienced divers, with walls covered in colourful sponges, dusky groupers, soldierfish, and slipper lobsters. This point, where due to the wind and waves dives usually take place at the early hours of the morning, consists of a large cave which has taken the shape of a tunnel. But for underwater photographers this place is a veritable treasure. We could say that his diving spot, which after the 35th metre opens to a large canyon, is generously full of surprises making it well worth the effort. 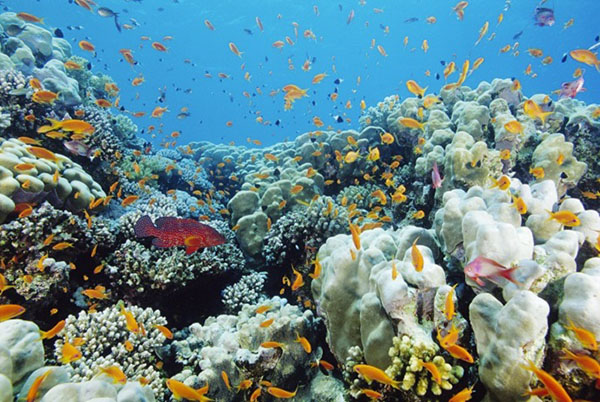 The Besmi Reef, which has become a favourite of diving enthusiasts not only for its sea life but also for its historical remains, is located in close proximity to Meis Island. This spot, generally favoured by more experienced divers, is quite rich in sea life; swarms of stingrays and white groupers, sea turtles, barracudas, schools of leerfish and trumpetfish are only a few members of this rich family… Though it may be slightly difficult for divers, it is just as exciting to see the anchors and amphoras lying at the bottom of the reef that date to the Lycian period as it is to see this family come to life at the reef.