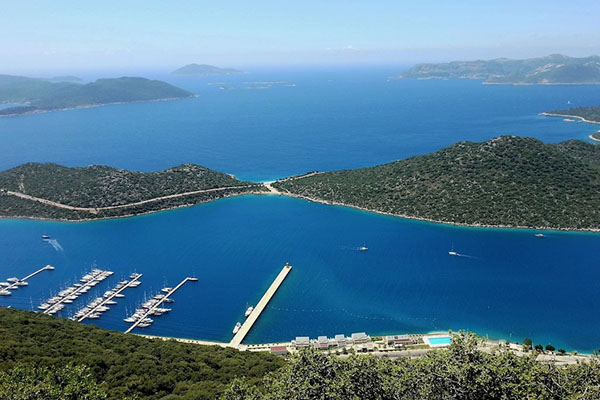 The local population of Kaş is 7200. It has local residents and migrants from Germany, Britain, the United States, Australia and various European countries, as well as non-local residents primarily from Istanbul and Ankara. Kaş, which consists of bays located to the south of Taurus Mountains, was named thus (“eyebrow”) due to the arc it forms over Meis (“eye”) Island. The eyebrow shape of the district can be seen quite clearly when viewed from above. The villages of Kaş, based on documentary research and ruins, are known as the most important sites of the Lycian civilisation. It is believed that the coasts of the Teke Peninsula have been inhabited since 6000 BC. Kaş was founded to the west of the area on a hill overlooking the sea. The city expanded later on, and extended towards the northwest. 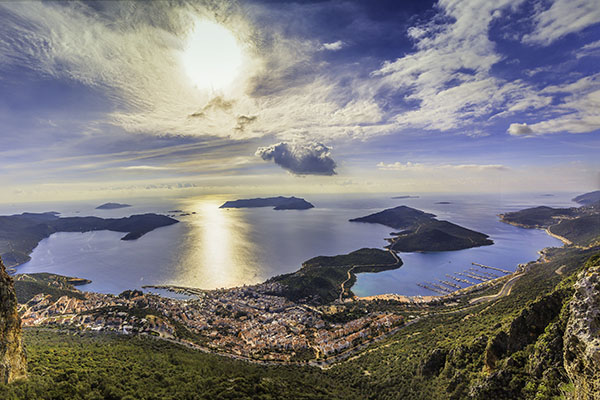 Kaş is a district with an area of 2231 km². To the west it separates from the Fethiye district of Muğla by the Eşen River. To the east it neighbours Kale (Demre), and to the north it borders the Elmalı district. It is 168 km from Antalya and situated across from Meis Island in the Mediterranean, through which it neighbours Greece. The coastline of Kaş is roughly 70 km long.

Kaş has historically been known as Antifellos (Antiphellos), Habesos or Habesa, and by the name Andifli to the local populace. It is a popular touristic region of the “Turkish Riviera”, which has been significant to the history of the Teke Peninsula. 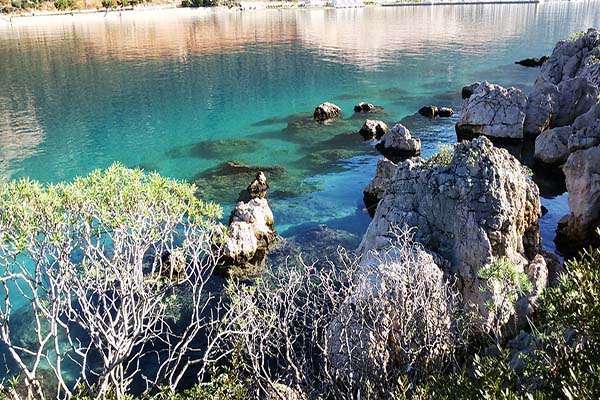 In Kaş, which was the harbour of Phellos in the 4th century BC, Lycian ruins are scattered all throughout the region and preserve their natural state. Rock tombs large and small, cisterns, mausolea, and the ancient theatre are some of the most prominent historical features. Stone houses framed with bougainvilleas display the magnificent sights of near history. There are streets made up of these houses, and cats and dogs happily wandering these streets.

At Kekova tours you may see the underwater ruins of the millennia old sunken city through the glass bottom boats. Along the Lycian Way, you may find imprints of the lives of people from thousands of years ago. In the ancient cities you may observe old civilisations.